Things That Surprised Us About Traveling To Rwanda

Things That Surprised Us About Traveling To Rwanda

Up until recently, our only reference of Rwanda had been the tragic events of the 1994 genocide that swept the nation and put it on the map of the international community.

Today, some 23 years later, Rwanda is once again getting a spotlight in international media. But this time, the reason is much more joyous. 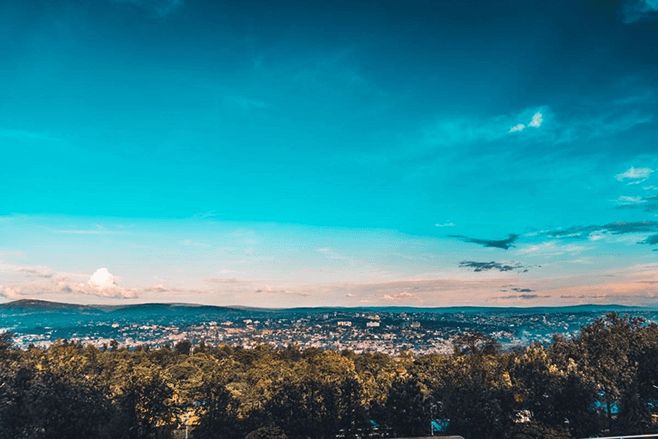 Over the last 5-10 years, Rwanda has become the leading destination for mountain gorilla trekking and thousands of adventurous travelers are flocking to its bamboo clad forests that lie at the base of Virunga Volcanoes.

Tourism in Rwanda has become a key contributor to the local economy, but luckily for all, the country has managed to maintain a level of sustainability in its development. 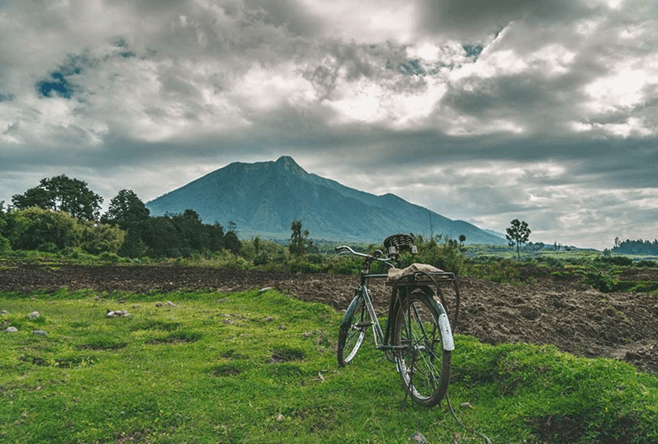 First-time visitors are bound to find traveling to Rwanda a bit of a surprise. In many ways it’s quite different from its East African neighbours and here are a few reasons why.

RWANDA IS CLEAN AND ORDERLY

Having just come from Kenya and Tanzania, we expected for Kigali to be similar to the other capitals: polluted, busy, and chaotic. But that couldn’t have been further from the truth. Compared to the other capital cities in East Africa, Kigali is a green oasis of order and cleanliness.There is no garbage on the streets, no dilapidated buildings, and no chaos on the roads. And it wasn’t just the capital, the trend carried past the urban population and into the countryside. 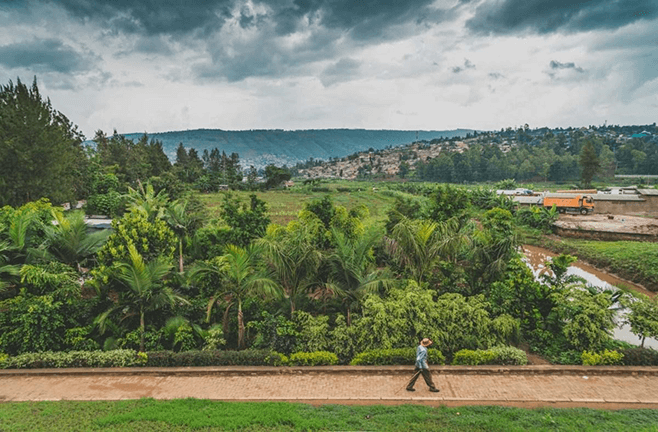 After a lot of asking around, we finally got to the bottom of it. Rwanda has rules, and unlike many other countries in Africa, here they are followed and respected.

For starters, the country has been plastic bag free since 2008. The government’s ban on plastic bags was a part of the “Clean Rwanda Initiative”, a strategy which aims to keep Rwanda in good hygienic condition. But it isn’t just a lack of plastic bags that keep Rwanda clean, it’s the people themselves. 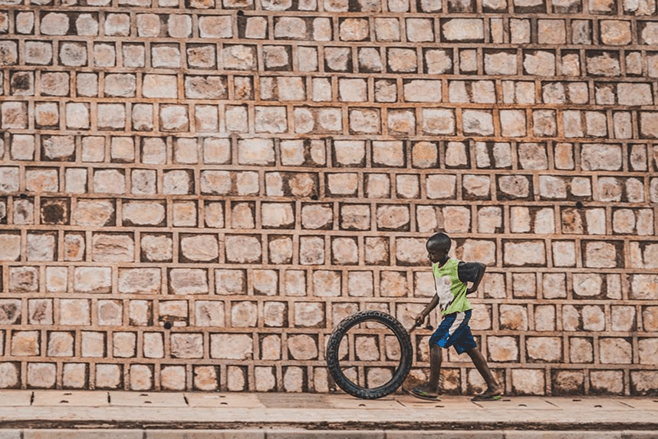 Every third Saturday of the month, locals come together for “umaganda”, which in the local language of Kinyarwanda means “contribution”. It’s a day of community service, mandatory for all Rwandans between the ages of 18-65. They spend the day cleaning the streets, keeping order in neighbourhoods and discussing important matters of the community.

Despite its long history as a Belgian colony, and the fact that for many years Kinyarwanda and French were the official languages of Rwanda, English is now widely spoken across the country. 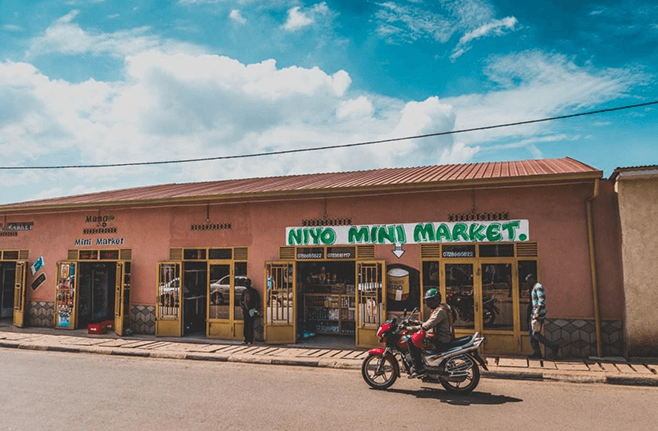 In an attempt to attract foreign investment and create opportunities for future generations, in 2008, the government flipped the education system on its head, dropping French as the official language and forcing all schools and universities to instruct students in English. Almost overnight, teachers and students were forced to brush up on their English skills and shortly, the rest of the country followed suit. Almost everyone in the tourism industry now speaks English, making it that much easier to communicate with locals.

LAND OF A THOUSAND HILLS

We heard the term “Land of a Thousand Hills” before we ever arrived in the country and it didn’t take long to truly understand the meaning behind this expression. 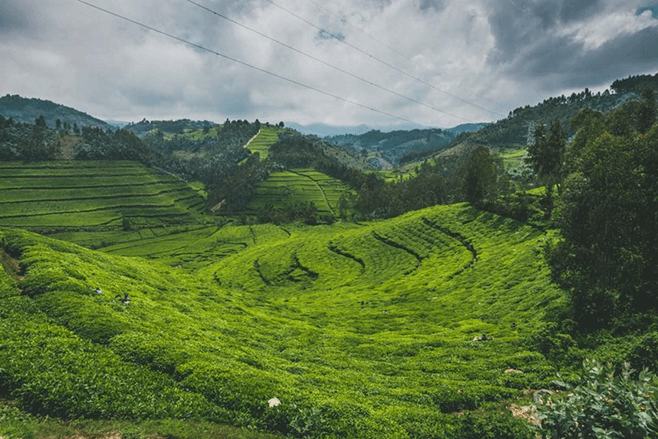 Rwanda is home to endless mountains and absolutely stunning scenery. It’s green and lush with literally thousands of rolling hills spanning across the country. 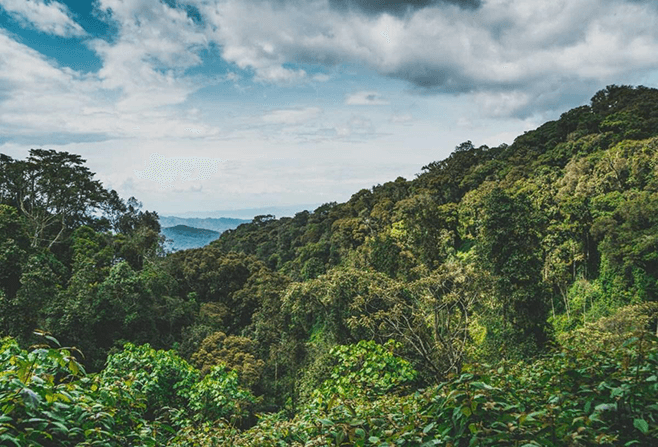 It’s one of the most beautiful countries we have ever visited!

GORILLAS ARE A BIG DEAL IN RWANDA

Mountain gorillas are the biggest tourist draw in Rwanda and they are kind of a big deal here. Gorilla statues welcome you upon arrival at the Kigali airport and can be seen lurking on the streets of the capital, and in every souvenir shop across the country. 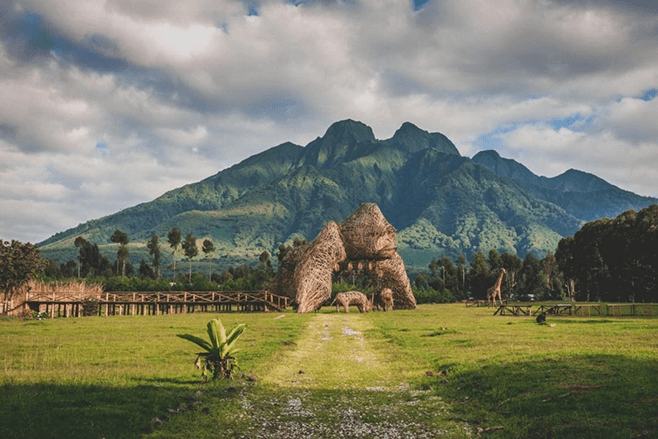 Their home – the Volcanoes National Park – takes immense pride in their gorillas. So much, that they even have a naming ceremony for them called Kwita Izina. 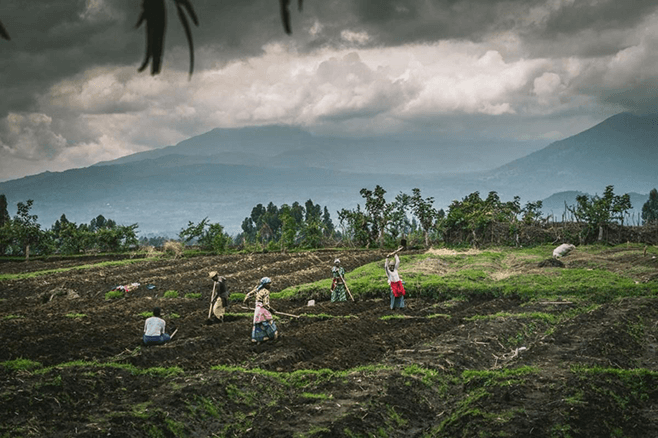 The ceremony is a uniquely Rwandan event that follows the local culture and tradition of naming newly born babies. The Gorilla Naming Ceremony takes place every June in the village outside the park and is celebrated with local community events and large-scale galas. Locals and foreigners can have the honor of attending.

Names given to the gorillas play an important role in conservation work that helps the authorities track and monitor gorillas in their families and habitat. Since the inception of Kwita Izina, over 200 mountain gorilla infants have been named.

INDEPENDENT TRAVEL IN RWANDA IS DIFFICULT

As avid independent travelers, we always find places to stay, ways to get around the country, and restaurants to eat at without a tour, but doing it in Rwanda proved to be quite challenging.

We had no trouble during our first days in Kigali. Despite staying at the Kigali Marriott Hotel, where food, transport, and all western amenities were available at our fingertips, we still got out and explored nearby neighborhoods on foot, ate at local restaurants, and participated in activities put on by the Nyamirambo Women’s Centre. 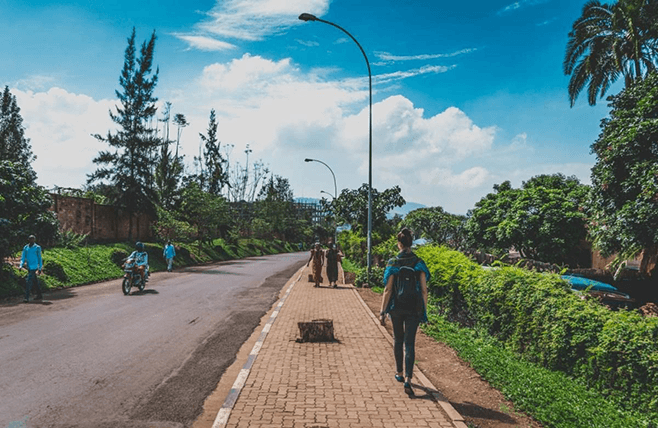 But outside of Kigali, things were quite different. We noticed that most travelers come to Rwanda on a pre-packaged itinerary that includes a driver, accommodation, and all meals. They usually stay in full-board lodges and get all of their activities organized for them. So the demand for restaurants and tour companies targeting independent travelers in each individual town is practically nonexistent. And since Rwanda’s middle class isn’t big enough yet to warrant domestic travel, mid-range accommodation options and independent activities become difficult to find. 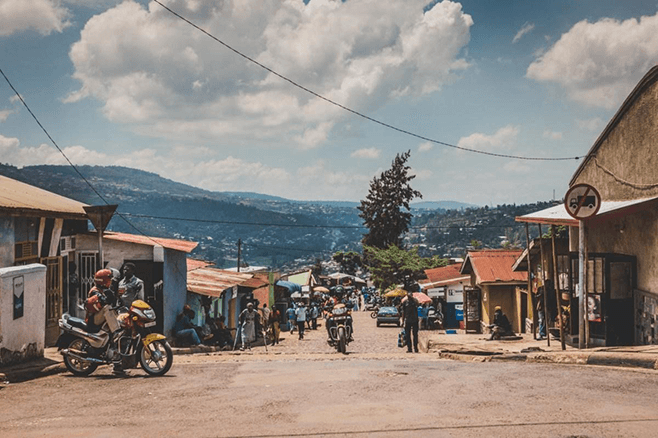 We struggled to find affordable transportation options to get from one destination to another. We also struggled to find restaurants while staying in towns outside of Kigali and anytime we stepped out into the streets, we stood out like a sore thumb.

Locals are just not used to foreigners roaming the streets of their towns. “Muzungu, muzungu”, they would point and call out to us being foreigners. “Money, money!”, kids would yell out while extending their little hands in front of us. It made us feel uneasy and unfortunately, had an impact on our desire to explore the towns, the way we usually do.

IT’S PRICEY, BUT THE MONEY IS WELL SPENT

Everything in Rwanda seems to cost more than anywhere else in East Africa. But that’s not an accident. The country is on a mission to establish itself as a high-cost low-volume tourism destination. 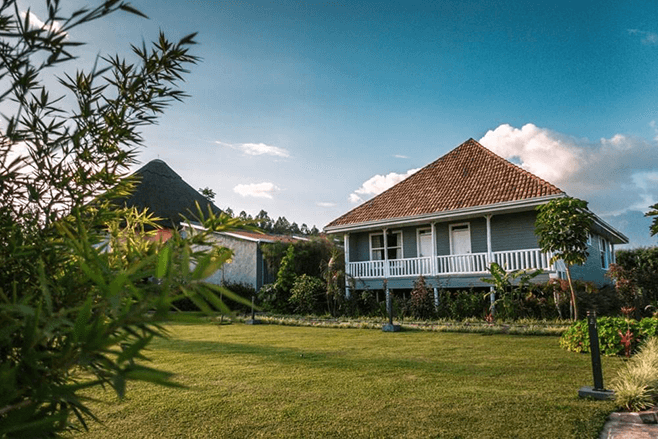 Since most travelers come to Rwanda to see mountain gorillas (a permit for which just doubled to $1,500/per person/per day in May 2017), there is no doubt that those visiting Rwanda come with a wallet full of cash.

Let’s be straight. Rwanda is not a backpacker-friendly destination. Its lush forests and never-ending rolling hills are reserved for those looking for a memorable luxury experience. And that comes with a hefty price tag. But there is some good news in that. Those that want their dollars to have a positive impact on the country and communities they visit, will find Rwanda to be one of the best destinations for eco-tourism. 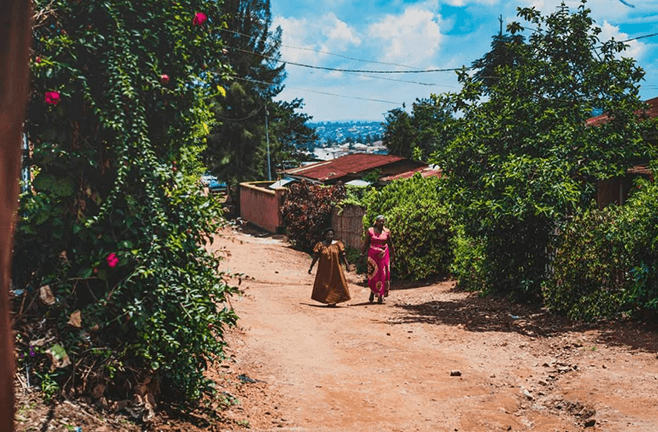 A contribution of 10% (up from 5% prior to the price increase) of each gorilla permit goes towards the development of rural communities around the Volcanoes National Park. The money helps the communities to upkeep schools, develop public services, and provide jobs for locals. Most lodges in the area are built with sustainable practices, the people are respectful of the environment, they work hard to educate their guests on local cultures and traditions, and provide jobs and assistance to the local community.

In fact, much of the local population surrounding the park is benefiting from international visitors in one way or another. Since the inception of gorilla tourism in Rwanda, thousands of jobs have been created in the region. From porters who help tourists with their bags on the gorilla treks, to maids who tidy their rooms at the dozens of lodges, to local artists who sell their crafts in souvenir shops outside the park entrance. Everyone is getting a cut of the tourist dollars.

Despite its tragic past, today’s Rwanda offers a promising outlook on the future. The economy is booming (mostly thanks to tourism) and given the ongoing development of new hotels, activities, and attractions across the country, there are more and more reasons to visit the land of a thousand hills with every passing day.

Traveling to Rwanda may not top the bucket list for everybody but those willing to pay a premium for a safe, comfortable, and clean African experience will be pleasantly surprised by what this incredible country has to offer.