Rwanda is the travel world’s phoenix rising. From a devastating genocide more than two decades ago, it has emerged as one of East Africa’s premier travel destinations, with a capital city transformed and world renowned national parks, which teem with birds and big game—minus the tourist hordes. Here are five reasons you should visit Rwanda right now. 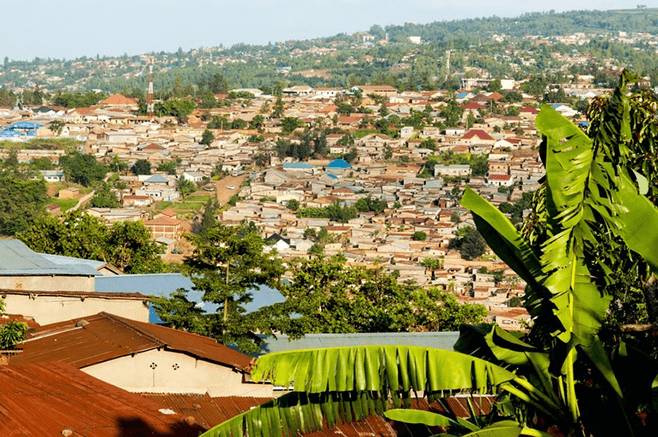 Rwanda is one of only three places in the world where you can spot some of the world's remaining 880 mountain gorillas, and staring down one of mankind’s closest relatives in its natural habitat is an experience we doubt you'll soon forget. (Mountain gorillas share 98 percent of our DNA.) Book a gorilla trekking permit for inside Volcanoes National Park, one of Africa's oldest national parks, and you'll be led on a daily guided gorilla trek that tops out at eight visitors.

The country debuted signature Rwandan cuisine with the help of award-winning American chef Silvia Bianco earlier this year for the World Economic Forum on Africa, and has been perfecting it ever since. The dishes, available in restaurants and luxury hotels like the Kigali Serena Hotel, blend traditional Rwandan foodstuffs, such as sambaza (small fish) and urwagwa (a fermented banana beer) with modern culinary methods and artistic presentation. Don't leave the country without trying Rwandan coffee (more on that later).

Rwanda’s capital is on the move. From its recently completed, psychedelic Easter egg of a convention center to car-free zones and yes, Wi-Fi cafes that dole out freshly spun smoothies, locally roasted coffee, and homemade scones (Café Neo, Bourbon Coffee), Kigali is making a mad dash toward modernity. Absorb the bright lights of Rwanda’s future at the Inema Arts Center, where promising young painters debut their best work amid weekly yoga classes and cocktail hours.

Safety is a priority for most travelers, and Rwanda is one of the safest countries not just in Africa, but in the world: In 2015, the country ranked fifth globally and first on the continent in Gallup's Law and Order Index, which measures how safe people feel walking home at night. Violent crime is near nonexistent, and the terrorist threats that have plagued other East African destinations have not affected Rwanda.

After acquiring lions last year, and with plans to introduce black rhinos this year, Akagera National Park is primed to become a Big Five safari destination. With elephants, buffalo, and a wide variety of antelope, you’ll get the full savannah experience and the added bonus of the park’s river boat cruises, which include rare encounters with crocodiles and hippos. Akagera provides campgrounds and tents for a small fee, but honestly, "glamping" on the edge of Lake Ihema at the Ruzizi Tented Lodge is the way to go. Even better? All proceeds benefit the park.